First off I will say most correlations with how the storm season will go and what El Nino is doing are very weak. This blog is just to point out some of the more interesting correlations with this El Nino and ones of the past. Also my focus is the Southern Plains, West of I-35 and South of I-70/I-80. This is for the Plains chasers.

One of my favorite correlations, that always catches my eye, is the coming out of El Nino and getting to neutral by mid year. Certain years really stick out there - 1995, 2007, 2010. All were huge years for the Southern Plains, especially the the TX Panhandle. 3 years that any chaser would take in a heartbeat. Currently it looks like our El Nino that is ongoing should follow this path and will be neutral by mid year. If anything will speak well about our upcoming season, that should get you excited.

(all images are clickable and will enlarge) It is about more than just the number of tornadoes, but also the quality of chaseable tornadoes. That includes if they are photogenic and number of tornadoes days. All of those years were great in those aspects. 1995 may have been all in June, but it was a hell of a June. 2007 was done on May 5, but just about every week between end of Feb till then was very active. 2010 waited till late April, but offered numerous tornado days all over the Plains.

There are some other variables at play though, that should be mentioned. 1995, 2007, and 2010 never reached the strength that the 2015-2016 El Nino has. They were all moderate to weak El Ninos. It can definitely be a factor to consider. Other years that have reached the strong category include the springs of '73, '83, and '98. Below are the annual plots for those years. Those 3 years are not near as promising, especially 1998 which is down right ugly! It just shows how fickle it can be. There are also other patterns that play into or have even bigger effects than El Nino, but overall should spell good news for the Southern Plains. The drought is gone and should not be returning anytime soon with El Nino around. That alone should make for a decent year, but let's hope for a 95, 07, 10 and not a 73, 83, or 98. I will add that 2003 can be grouped in with the 95, 07, & 10 group. All I remember about 2003 is that it was the last High Risk for the TX Panhandle (May 15) and that OKC had a rough year.

This is a discussion that happens every year at this time. SDS makes you look for anything to hold on to. I guess we will see in July how it turned out. Most of my projects are done and I am ready for the new year.
Posted by Wesley Luginbyhl at 3:02 PM No comments:


Decided after seeing how useful a lightbar like this can be for storm chasing on a friend's truck. I broke down and bought a cheap one of ebay. This one actually - http://tiny.cc/lightbarebay. I went with the curved to get a better spread of light and to match the curve of the bumper better. The quality of that lightbar actually ended up much better quality than I expected. I still have 2 smaller spotlight led bars to add more coverage in the ditches to help light up deer and other animals. The main use of these lights will be for at dusk and after dark on dirt roads, which is where you end up storm chasing a lot. Nearly hit a number of animals at that time of day and this could help with that. Those roads can be difficult to see even without the animals running around.

I measured the gap in the lower air inlet on my 2005 Hyundai Tucson to be about 25", so I decided to settle on a 22" light bar due to the mounts. Turn out the one I bought was just small enough to fit. You will want to take your headlights out for the install. You can run the wiring right through the grill. I bought this wiring kit just to make the install a bit faster - http://tiny.cc/wiringkitebay. There are actually good option to run the wires through some rubber seals out in the wheel well and in through the firewall if you want a clean install. If you have the none 4x4 model like me, you should have plenty of spaces to put the switch in, like pictured below. That switch is for amber lights currently but I will be changing out that switch and adding others for the light bar and other ambers flashers.

Will be building my new camera dome and will be posting updates on the build soon. 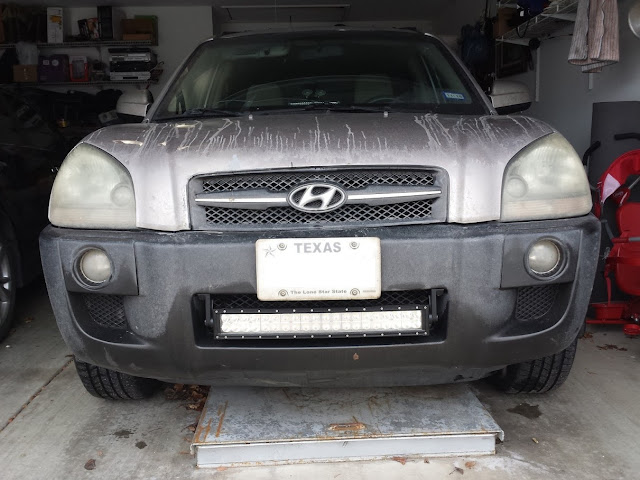 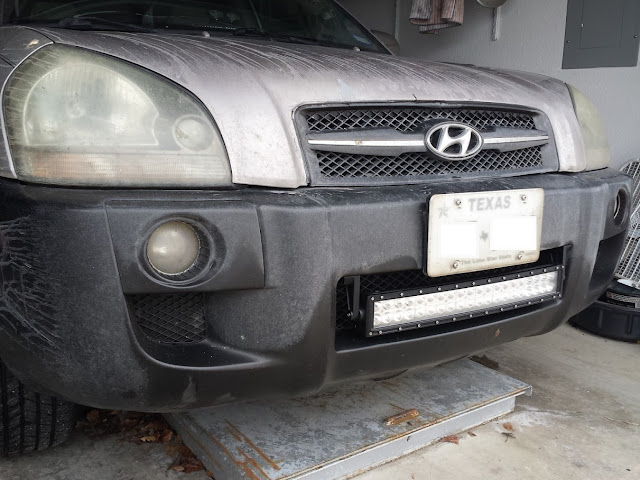 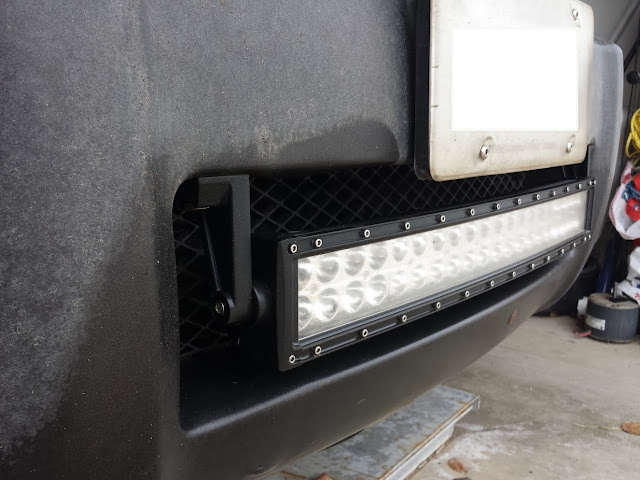 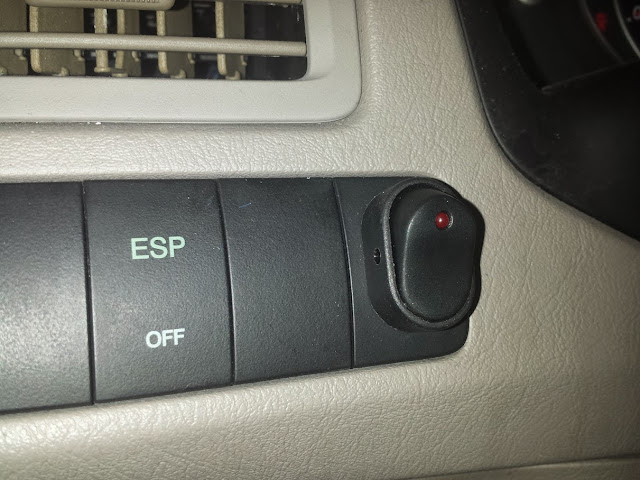 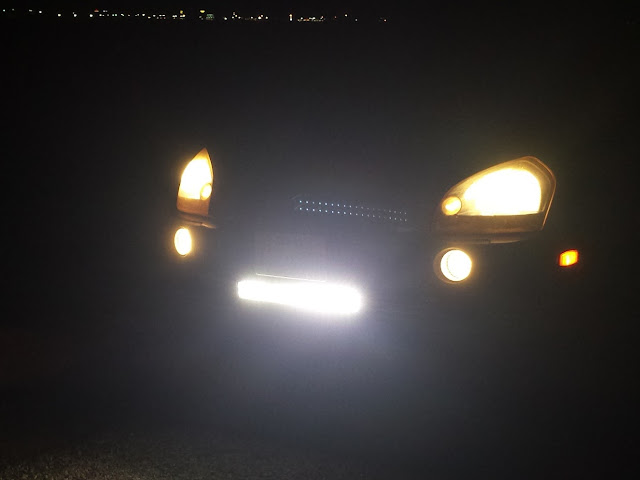 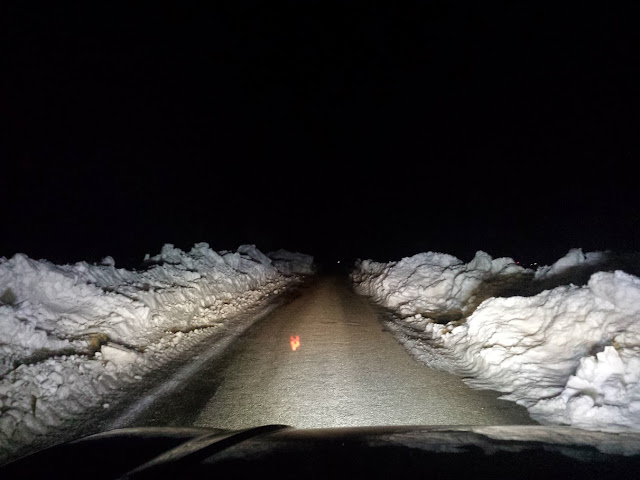 Posted by Wesley Luginbyhl at 11:39 AM 4 comments: